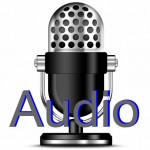 In Olympia Wednesday, the Washington Utilities and Transportation Commission granted special permission to allow a state lawmaker from Yakima to testify in a rate increase request by Pacific Power and Light. John Sattgast reports from the state Capitol. 135babc6-f064-6662-670f-e2b3b450583b

With the regular session coming quickly to a close, the House of Representatives took time to say farewell to 13th District Representative Bill Hinkle, who has announced he will not be returning to the Legislature next year. John Sattgast reports from Olympia. a6ea937a-81b6-e58f-db49-6f6f17d99bed